News to no one – Virgin Airlines  has appointed Voluntary Administrators in seeking to re-work a business model which manty commentators have observed was in a world of trouble for some time prior to the current COVID-19 crisis, and in the words of  CEO, Paul Scurrah make the airline “leaner, meaner (and) more robust”. And no doubt the prospects for an ongoing version of a competitor to Qantas are better than they were 20 years ago when Ansett Airlines went into administration – a recovery killed off by the September 2001 New York terrorist attacks.

Needless to say the overwhelming crisis brought on by the COVID-19 virus has seen our community fundamentally impacted at all levels, none more so than the small business community.

There is a saying in politics that you should never let a good crisis go to waste. The same might be said for at least a number of practitioners in the insolvency/restructuring Area. In particular, it is apparent that a number of players have sought recently to promote the apparent “silver bullet” to a business’s woes in the form of the promotion of the formal voluntary administration (VA) process set down in the Corporations Act 2001 (Cth).

But is VA the silver bullet that some practitioners would have you believe?

Voluntary Administration is Different to Receivership or Liquidation

No doubt many business owners will be aware of (if not the detail) the essential concept and (intended) purpose of a VA. It is important to understand the distinction between voluntary administration and other formal processes available when a Company is failing or heading that way:

• ‘Receivership’ –a secured creditor (normally a Bank or other finance provider or sometimes the court) appoints an independent person to take control of a company’s assets. The receiver’s sells enough of the company’s assets under his or her control (by reference to the security document or mortgage). Importantly the company continues – although in reality receivers are closely followed by VA’s or Liquidators.

• ‘Liquidation’ – the winding up of a company and appointment of a Liquidator where the business usually ceases to trade immediately and an investigation into the company occurs and assets are ultimately distributed to creditors.

Also it is important to be aware that ‘Bankruptcy’ is a process where individuals (rather than companies) have an independent person appointed to assess debts and assets and distribute the proceeds of those assets to creditors.

What is a Voluntary Administration (VA)?

A board of directors – or sole director in such circumstances – is entitled to appoint a nominated VA, an accountant practicing in the area of insolvency and restructuring who has been formally registered by the Australian Securities and Investments Commission (ASIC). The VA process is different to appointing a Liquidator. Normally the appointment of a Liquidator stops the business in its tracks. It ceases trading and the Liquidator has the job of selling the assets, firing the employees and taking any recovery action against directors. The VA process in theory tries to avoid this.

The Administrator, as they are usually referred to, upon consenting to be appointed, and a resolution of directors being passed, effectively takes over the running of the business for a period of time. Importantly, the Administrator will likely only accept an appointment if he or she is comfortable that their fees and costs will be covered – either through the cash and assets which the business has at the time of the appointment or on the provision of a nominated sum by the business or a director of the business, to cover those fees and costs. Of course, what that nominated sum might be very much dependent on what work the Administrator believes will be required to complete the job, including complying with some very stringent legislative bookkeeping and reporting obligations, the costs of running the business and what revenue might be generated, coupled with an assessment of future cashflow, what investigations might be required including  the need  to understand the history of the business and identify assets which can be utilised or recovered, the need to formally investigate individuals involved with the affairs of the Company and consider possible recovery action against individuals in certain scenarios – particularly were the VA process to be ultimately replaced by a liquidation process.

No doubt from some of the more transparent promotions, a business owner might reasonably believe that the appointment of an Administrator is a fail-safe way of simply ensuring he or she is protected (from possible action by unpaid creditors) and a VA will allow an opportunity for the business to essentially “take a breath”, ride the crisis, stave-off creditors, keep employees and, once society normalises again, the Administrator will take their reasonable share and hand the business back to the director, who will continue to run it in the successful fashion which was the case prior to this crisis.

Of course, as with most things in life, the reality is not so simple. Indeed, in the case of the VA process, the statistics belie the giddy intentions of the legislation.

For the purpose of this paper we are focused on Small and Medium Size Enterprises (SMEs) – not the likes of Virgin Airlines with its 16,000 employees and the government looking over your shoulder for a resolution.

The Australian Bureau of Statistics (ABS) uses the following definition based on the number of persons employed in a business: https://tidybiz.com.au/pages/what-is-a-small-medium-enterprise-sme

• a micro-business employs between 0-4 persons

• a small business, between 5-19 persons

The ATO defines an small business entity as one with a turnover of less than $10M p.a. [2]

The VA process is highly regulated and the time limits are tight.

A First Meeting of creditors is required within 8 business days of the appointment.

At the Second Meeting (generally 20 business days after appointment) a decision is required to be made in relation to 3 options:

Almost certainly the most important decision of all is to be made by the Administrator the moment he or she is appointed – do I continue to trade?

It is extremely important that directors understand that Administrators are ultimately not there to help them – their primary obligation is to Creditors of the Company. So often we have seen in our practice a disillusioned director who feels duped by the “bloke I gave the job to”. Whilst, to be clear, it should be understood that the Administrator is bound by the legislation and the law generally to prioritise the interests of creditors, perhaps that point is sometimes not made so clear in that initial meeting with the practitioner prior to appointment – and many directors walk out wrongly believing that the Administrator is there to save their bacon – when, in fact, nothing could be further from the truth.

So, despite what the Administrator might have said at that pre-appointment meeting about wanting to make sure the business continues, wanting to keep the employees on board etc, once the resolution is passed by the directors the Administrator, who immediately becomes personally liable, will scour the books and if they detect anything from that point which might be at odds with the information provided prior to their appointment, and which potentially puts them at risk of being liable for the debts incurred by the Company following appointment, including employee costs, they will pull-the-pin on the business at that moment.

The reality is – based on the most recent published data from ASIC – at least 75% of VA’s end in liquidation – usually at considerable cost.

Administrators will assess very quickly the cost and benefit of the various options available at the Second Meeting. And be clear – the business going back to the directors is far and away the least likely of those options. Whilst the statistics for VA result are (for reasons unknown) not readily available there is recent research which makes for grim reading for any director expecting the VA process to be the silver bullet which saves them from bankruptcy.

A 2014 study from QUT highlighted a number of issues with arrangements with creditors arising from VA’s: https://eprints.qut.edu.au/74002/

A 2015 the Productivity Commission report (https://www.pc.gov.au/inquiries/completed/business/report/business.pdf) disclosed somewhat unsettling statistics on the prospects for those companies having  appointed VA’s:

The amendments made by the Federal Government [5] (applying from 25 March 2020 for at least 6 months) to account for the collapse of the business environment – including an extension of the statutory demand period from 21 days to 6 months and an increase in the minimum indebtedness form $2,000 to $20,000 – and the fact that creditors generally are less likely to initiate formal recovery action in such an environment – means that some of the urgency usually associated with the appointment of an administrator to a Company has been removed.

New “safe harbour” provisions enacted in 2017 [6] https://www.arita.com.au/safeharbour may in theory also provide assistance, although the reality for most small business owners is that they neither have the management capacity nor the financial support to implement the budget/cashflow/management reviews required to be undertaken by an independent expert at significant cost, and where the benefit both to the business and the exposure of the directors to personal liability remains very unclear.

In some cases liquidation is the best option – particularly for employees who will usually have resort to the government entitlements scheme to meet outstanding wages and some leave/super entitlements – although directors should seek advice on their exposure to personal liability in particular.

If a business can be saved – if it is just a matter of “holding down the fort” whilst this crisis passes, then informal arrangements might be the best way forward.

EZRA Legal is here to help

Our two senior practitioners, Michael Fabbro and Damian McGrath, have over 50 years combined experience in the area of business restructuring and the insolvency regime. We know the industry and the players in the industry, and understand acutely the reality for small business owners. In cooperation with directors and their accounting support, including external advisors, we can quickly assess whether there is benefit in pursuing a formal VA process, or whether the better option is an informal negotiation path with their creditors and, importantly, their staff, with the prospect that they will come out the other side of this pandemic, and continue to operate effectively and profitably 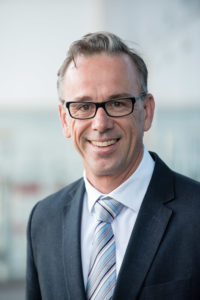