No doubt most will be aware of temporary amendments to insolvency laws extended to 31 December 2020, the rules having originally been introduced in March 2020 in response to the COVID-19 pandemic, and due to expire on 25 September 2020.

The (additional) temporary safe harbour measures for directors protecting them from liability for insolvent trading (s 588GAAA of the Corporations Act 2001 (Cth)) were extended to 31 December 2020 provided the debts were incurred after 25 March 2020 and incurred in the ‘ordinary course of the company’s business’.

In addition, the use of statutory demands and bankruptcy notices remain limited with monetary thresholds increased, and the time for compliance extended to six months, again, in respect of notices now issued before 31 December 2020.

Fearing the “tsunami” of small business collapses as JobKeeper and other government support are phased out and the aforementioned creditor recovery processes re-instated, the Treasury has announced what would amount to the most radical reform of the insolvency regime since the introduction off the Voluntary Administration process in 1993, expected to come into effect on 1 January 2021.

The new system effectively separates businesses into two categories, with large companies required to work under existing insolvency rules and business with liabilities of less than $1 million using a simpler system.

Importantly the amendments would see small business owners remain in control of their company and assets, rather than an administrator taking the reins.

Insolvent small businesses would have 20 days to prepare a restructuring plan, with creditors to vote on whether to accept it within 15 days after that – 50% acceptance being required to bind all creditors.

For small businesses that are terminal, the liquidation process will be changed to make it more efficient and (presumably) costs effective, including rationalising liquidators’ investigative processes, mandatory meetings and reporting obligations.

As noted by the Federal Treasurer:

“The Government’s new reforms draw on key features of the US Chapter 11 bankruptcy process allowing small businesses to restructure their debts while remaining in control of their business.”

The full measures are expected to be disclosed in full in the October 6 Federal Budget.

To avoid corporate misconduct such as pheonixing, the new provisions will prohibit related creditor voting on a restructure plan and a company or directors can only use the process once every seven years.

The insolvency practitioner, who will be known as a Small Business Restructuring Practitioner, can stop the process at any stage if misconduct is identified.

The general consensus is that this is a step forward and will provide for a more efficient and cost-effective system, the Treasurer noting:

“Some of these businesses will survive and others will not, but the new system will provide the best opportunity for viable businesses to adapt and in doing so to generate the most efficient allocation of capital and labour as the economy strives to recover from this COVID-19 recession.” 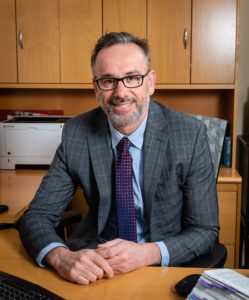